The first half started very evenly with both teams having good spells in the opponents half although looking a little nervy. The home team Celtic, taking advantage of the spell with a well taken finish from Jacob Burns, looping the ball over the keeper.

The game continued to be closely contested with Cliftonville equalising from a corner; the first half finishing a fair 1-1.

Second half Celtic started brightly with a good 10 minute spell with Cliftonville under pressure, unfortunately we didn’t capitalise and got caught on the counter, giving away a free kick in a dangerous position and going a goal down. This lifted Cliftonville ending Celtics period of good possession and the game became end to end.

Both teams had a few decent chances with Cliftonville taking one to go into a 3-1 lead. Unlucky for Celtic! Celtic then upped the ante a little and clawed back a goal via a James Duggan Penalty 3-2 with 5 minutes left.
A well contested last 5 minutes saw Celtic push up high and go for an equaliser, unfortunately to concede a corner from a counter attack from which Cliftonville scored a fourth.

All kids seemed to have an enjoyable night with Cliftonville taking a trophy for there efforts back to Northern Ireland ! 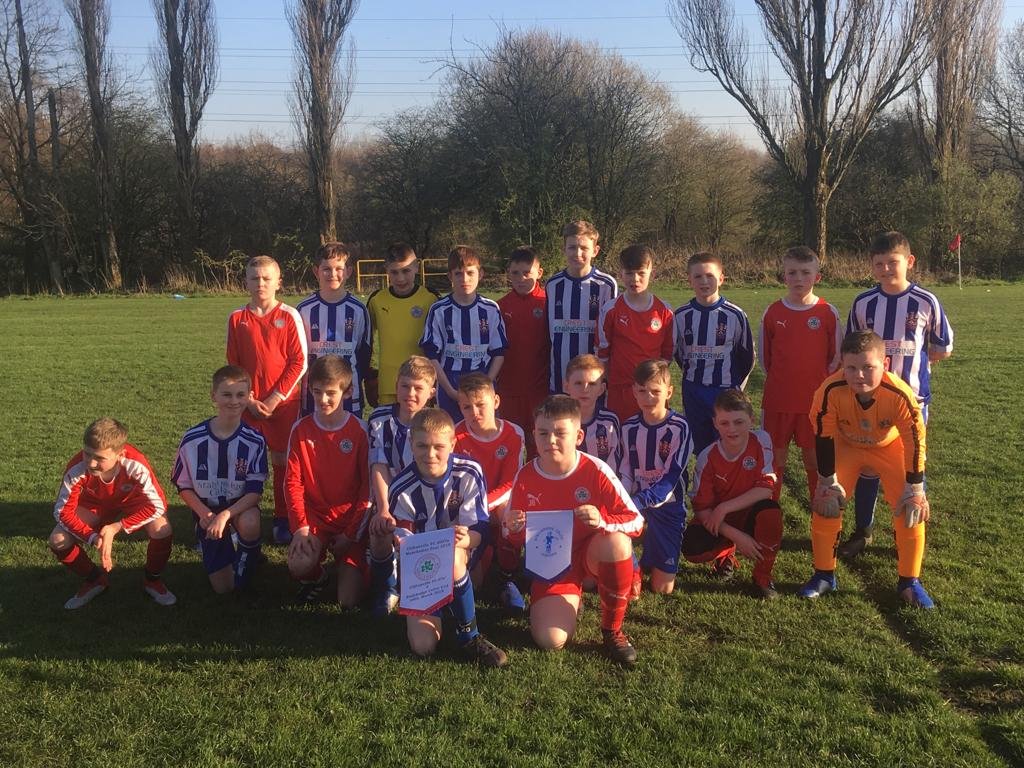